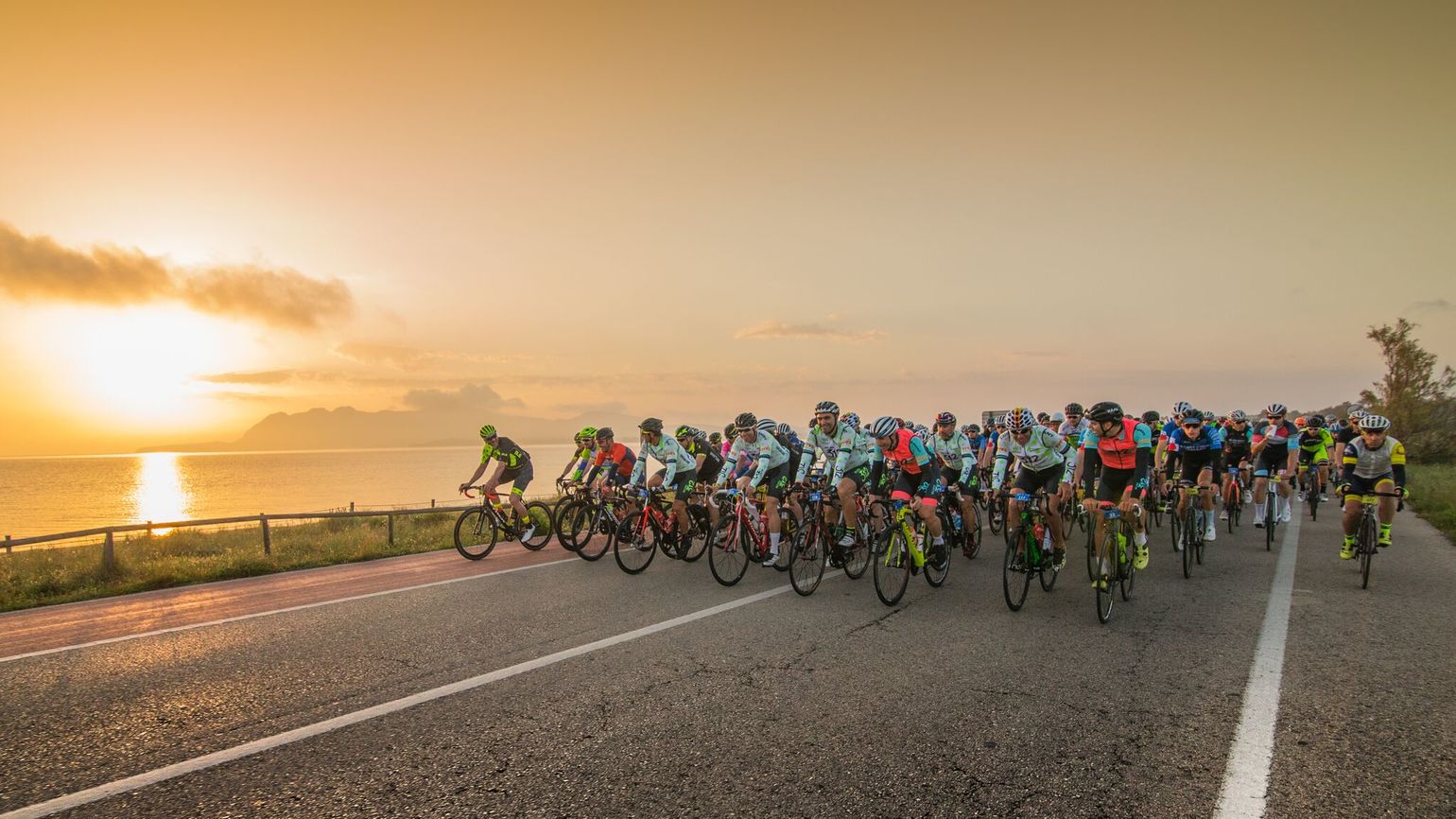 Mallorca 312 – Taking on the Toughest Endurance Bike Race in Europe

As experienced by Ott Pärna, (42) economist, journalist and CEO of SCULT.

The story is supported by the Erasmus+ Sport Programme of the European Union.

Wise men say – the young do sports for the results, after that, because it feels good to be active, and as they get older, for the feeling that comes after the work-out. This train of thought has its ring of truth to it. Although I would love to improve my past results from time to time, I'm much more motivated by the feeling that results from the training, the great company and the post-workout sauna that goes with cracking open a cold one. By the way, this is definitely one of the charms of practicing endurance sports – without having to worry too much about your weight, you can give in to the weakness with a lighter heart.

So, as an indigenous 'sports-soul', I came across Europe's longest and toughest amateur bike race in Mallorca, featuring 312km total distance, 5050m total climb and 8000 participants. This is an experience worth sharing – and why not trying it out for yourself next April. 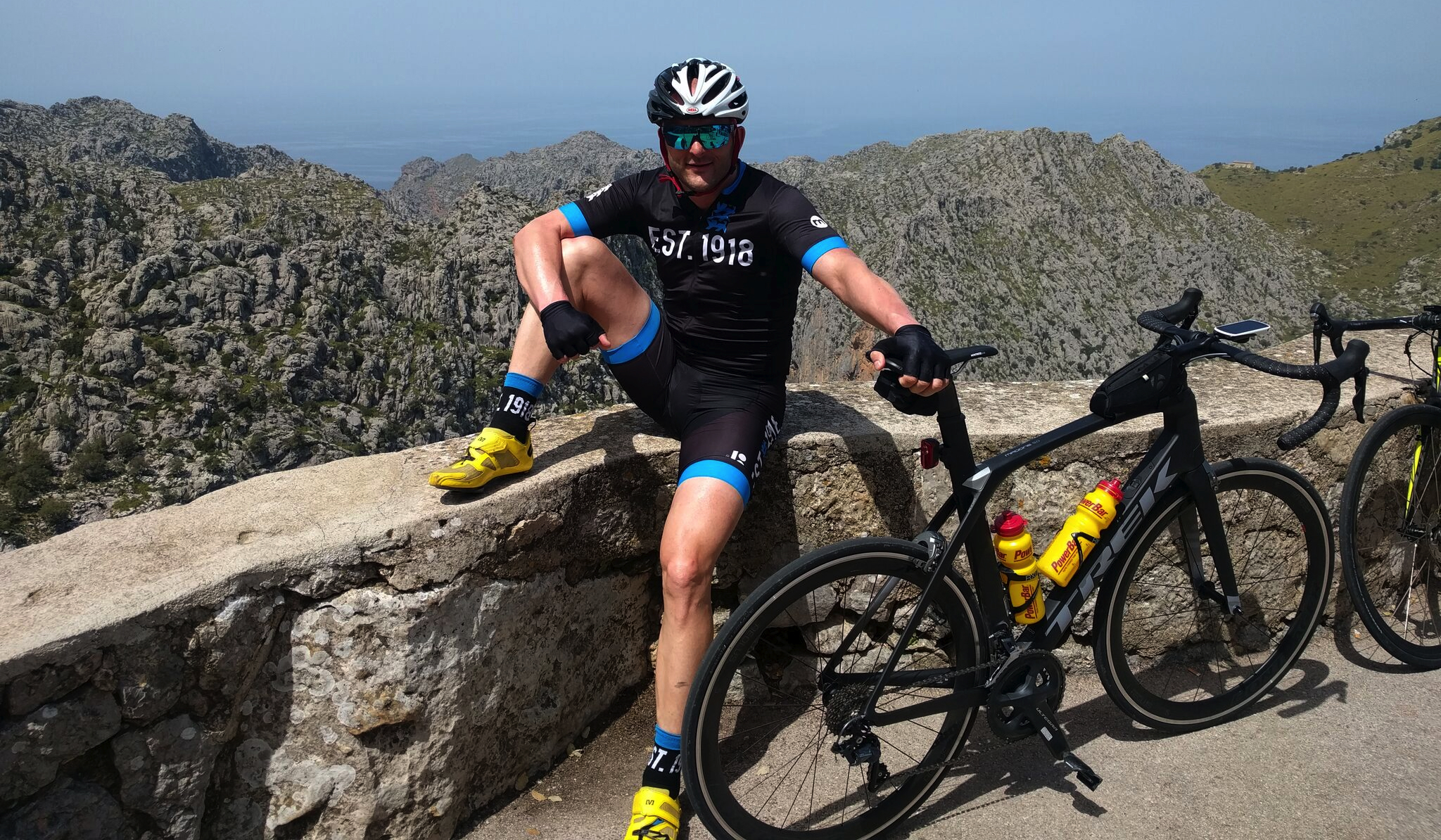 We had been in Mallorca for two weeks, doing endurance training with my friend Melvin and having a rest from work (or escaping from it, as an Estonian would say). Then I found out about the "crazy people's bike race" that was about to take place in a couple of days. In spite of the 1000 kilometers already behind my back, I didn't give it a second thought, and naturally, accepted the challenge. I couldn't take the feeling of guilt I would have felt after not taking advantage of this opportunity. Despite the fact that the last tickets had already been sold in November, I still managed to 'get on board' – this time as a journalist. By the way, official participation is not too expensive either. The first ones to get involved will receive a beautiful medal, a cool cycling jersey and superb food and track service for about 70 euros. 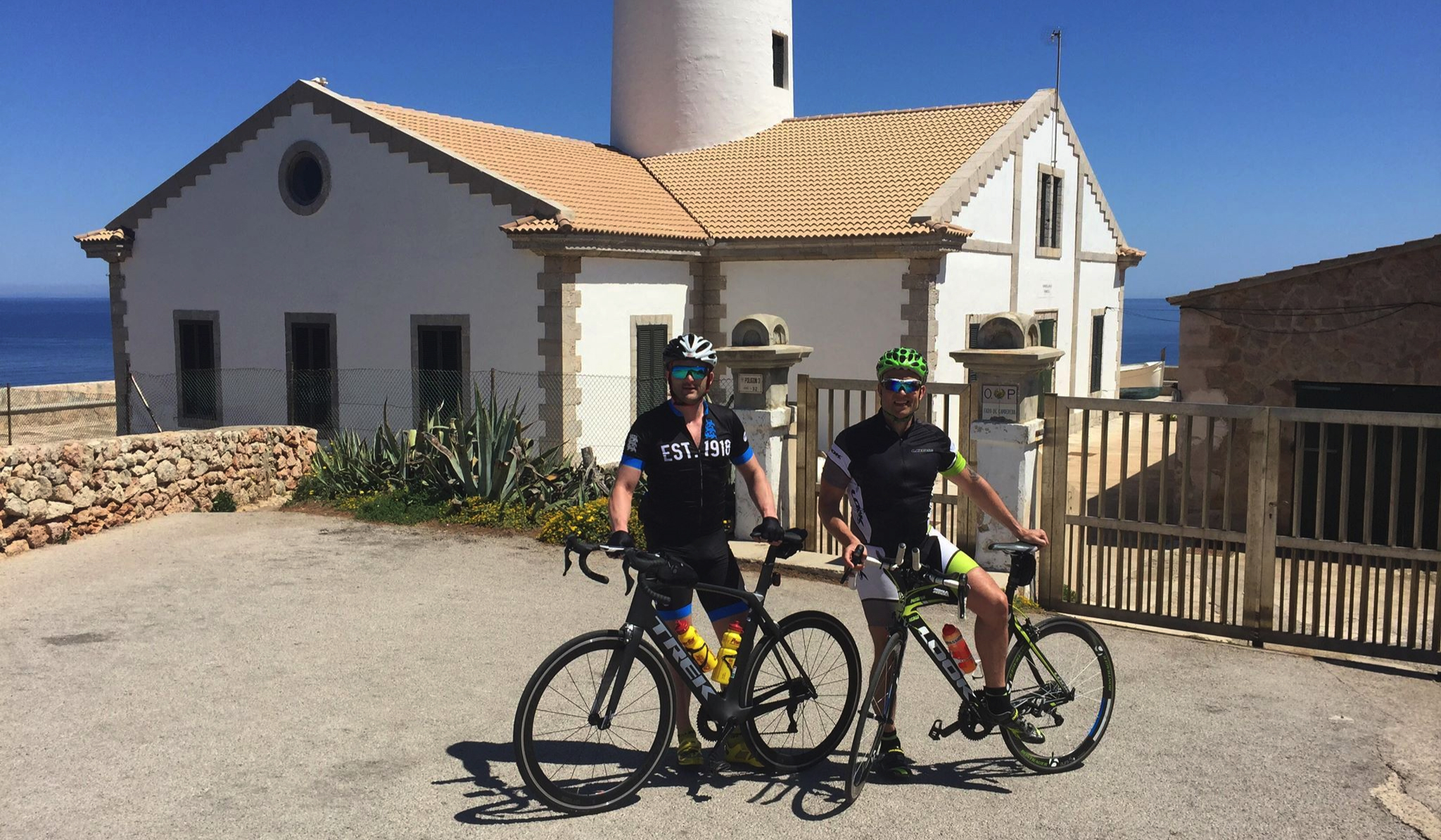 As an economist, I should be talking about how the 8,000 sports tourists brought by the event bring an extra 16 million Euros to the island's economy each year, or about how Mallorca is home to the world's largest bike rental and vacation company Huerzeler, which holds more than 6,500 bicycles across 14 stations. It'd also be worth discussing how the island consciously extends its tourist season with the help of cycling enthusiasts. Instead, I will be writing about the race itself and sharing some useful tips about practicing endurance sports.

The alarm clock rings – it is 5:00 AM. I have some cereal, a yoghurt, and grab my sports drink. It's still pitch-black outside, but it's time to jump on the bike and make my way to the starting line. Ahead of me, all I can see are the red flashing tail lights of countless other cyclists, all pedalling to get to the starting point in time. The safety of cyclists is highly regarded in Mallorca's traffic culture. There are signs everywhere, warning motorists not to pass by a cyclist at closer than 1.5m. It's an unwritten rule to even give way to cyclists when they are about to enter a roundabout. When you think about the fact that 50,000 cyclists visit Mallorca at any given time in the sport season, these peculiarities don't sound as surprising anymore. 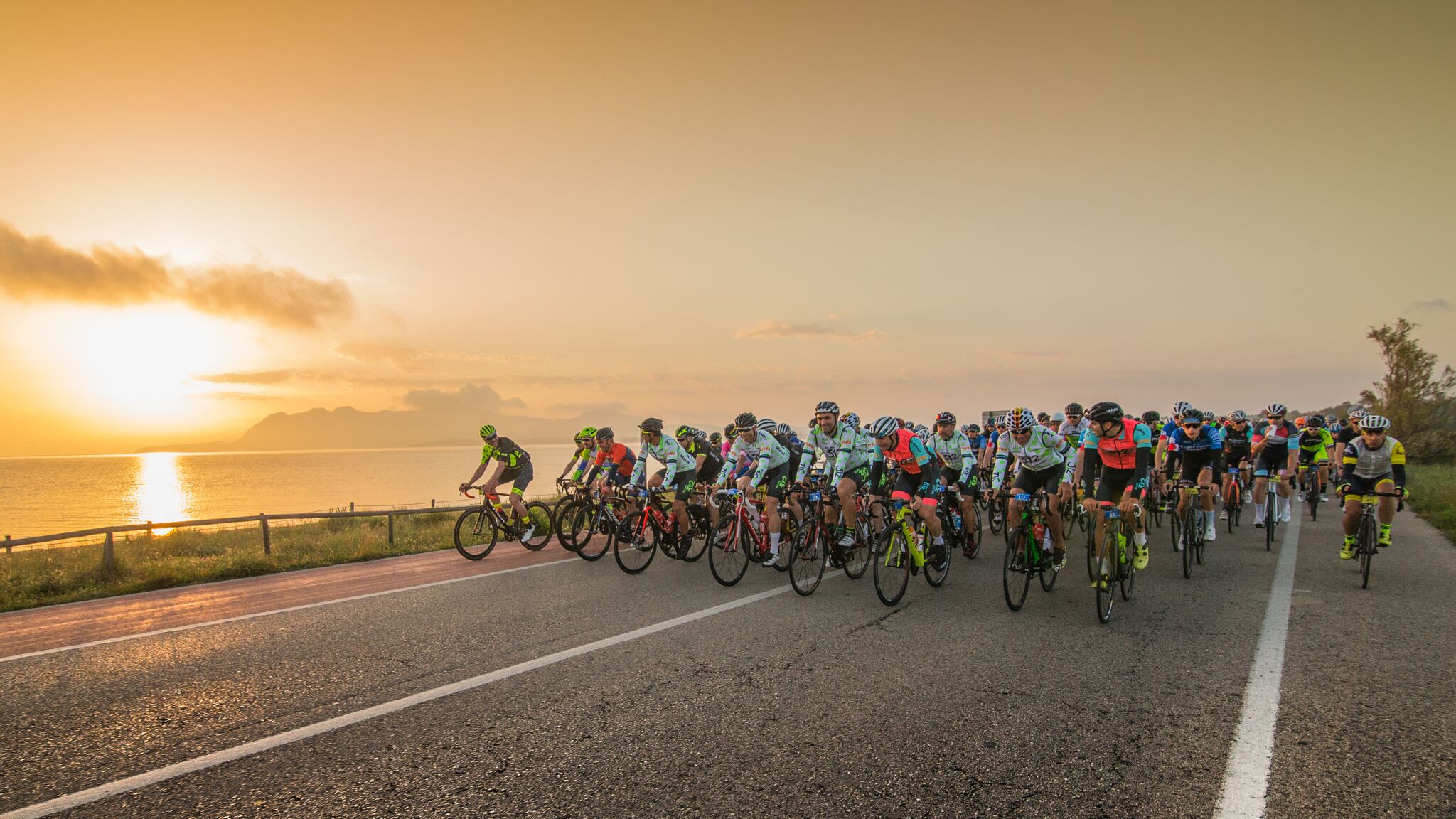 7:00 AM – pedal to the metal. The long-distance time limit for receiving a M312 finisher's medal is 14 hours. There are three race lengths to choose from – 312km, 225km and 167km. For the first 155km, everyone will take the same (mountainous) route. Each participant is free to make an on-the-go decision about when they want to head off for the finish line.

After the first 20km in the chilly morning air, we reached the small town of Pollensa. The leaders were pedaling through the lowlands at 40km/h. As the legs were finally warming up, the real M312 began! The first category 2 climb took us to the historic monastery of Lluc. This meant climbing 13km of narrow mountain roads with an average gradient of 6%, at speeds of just 10-15km/h. The sun was burning and speeds were very low. The road took turns going uphill and downhill, about 10km at a time, surrounded by the beautiful cultural landscape of North-Mallorca's Serra de Tramuntana mountain range. 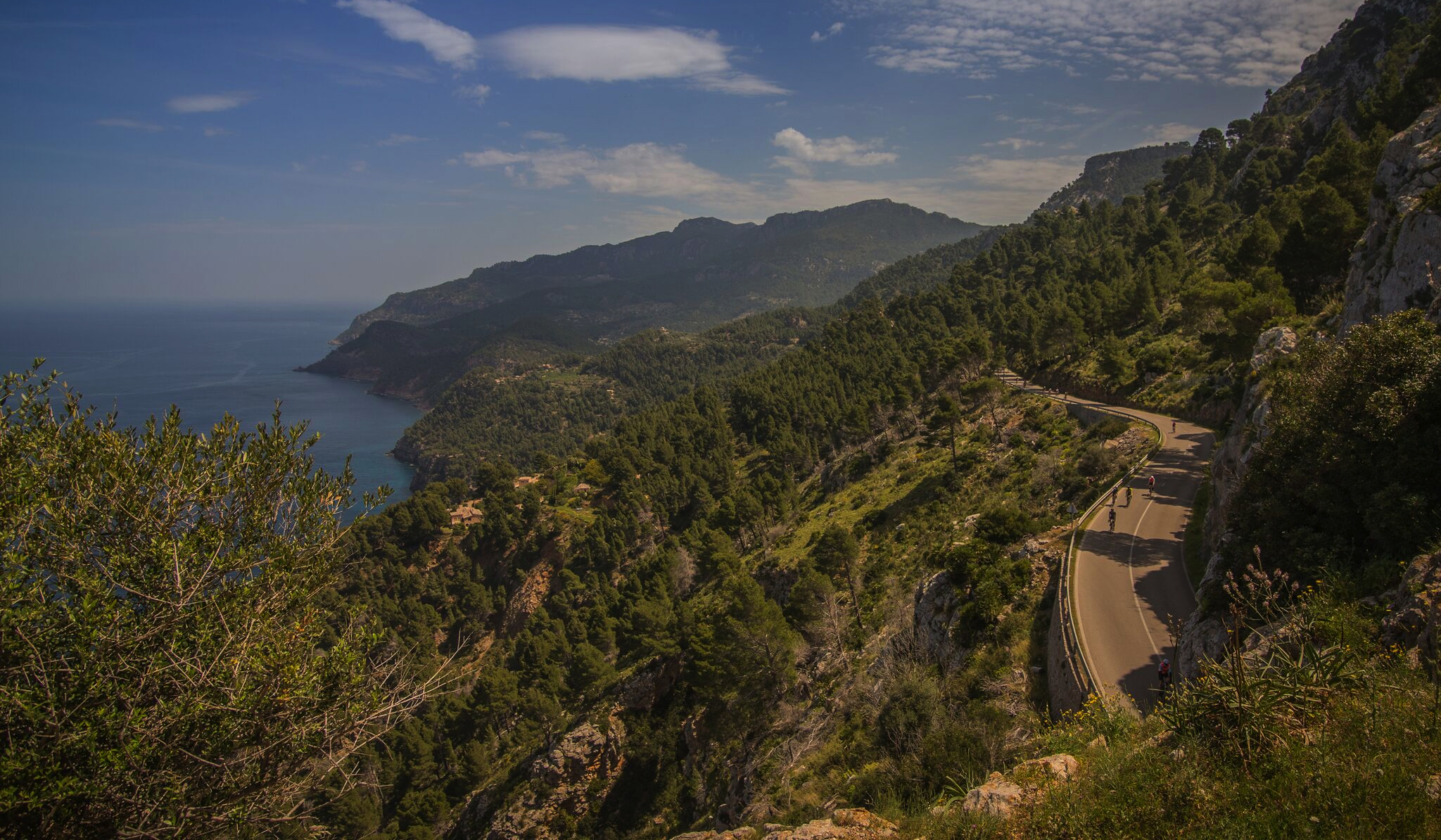 The breathtaking views played an important part in keeping up the motivation for the first 170km. While the long climbs were tough – both mentally and physically – rocketing down the narrow, twisted slopes was a completely different type of challenge, requiring to keep a cool head at every instance. The roads were closed for regular traffic, police and ambulance were securing the course at almost every corner, but the speeds (reaching 70km/h at times,) were an experience in their own. At the same time, everyone was able to choose a comfortable pace for their descent, according to their skill level and the bike's condition. "Safety first" was the slogan, consistently emphasized by the organizers on every step of the way.

The first 170km and the toughest climbs were now behind us, yet life didn't get much easier for us. From that point on, the hills were lower, so the ascent-decent interval was more short. The smoother terrain in the center of the island was very windy, and the roads were often bumpy. Potholes and small loose stones on the road caused headache for many – some needed to make a stop to fix their tire, others in order to search for a detail that was knocked off of their bike. But this is all a part of bike marathons.

The hard work taking place on the race track was marked by the large number of support stations along the way. Bikers could grab a drink, a snack, or find supplies to fix their bike. In order to preserve the environment, bikers weren't handed new water-bottles at each pit stop. Instead, each participant had to get off their ride, find the right tap, and fill the bottle up personally. These stations provided good means to re-energize and apply sun-block before carrying on. The sun-block, by the way, was provided for free. 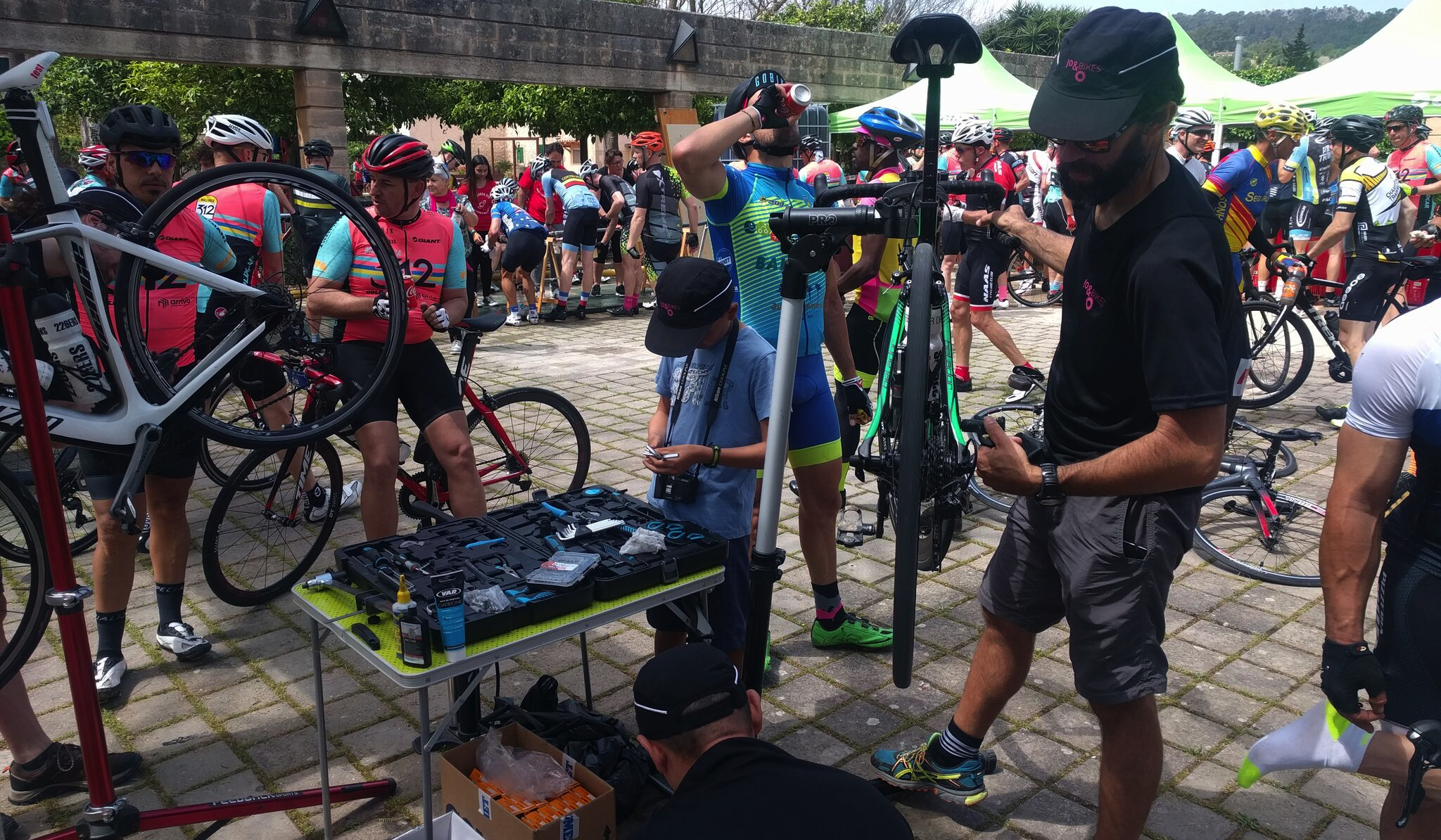 Support station along the course

One of the brightest moments of relief came at 12 hours (or 284km) into the race. Upon reaching the small town of Artà, we were greeted by tons of cheering people, deejays and streams of draft beer (along with some more traditional, sporty supplies) lighting up the mood. Whether it was caused by the energetic cheering or the tail winds that we were finally blessed with, the last 28km felt surprisingly easy when compared to the rest of the race. The speed was picking up as well, averaging out at 35km/h on the last section.

The home stretch of the long and highly challenging day was crowned by the two illuminated cities on the coastline – Can Picafort and Alcúdia. My finishing time was marked 12 hours and 57 minutes. As a token of thanks, all finishers were rewarded a well-deserved Finishers Medal for their effort. 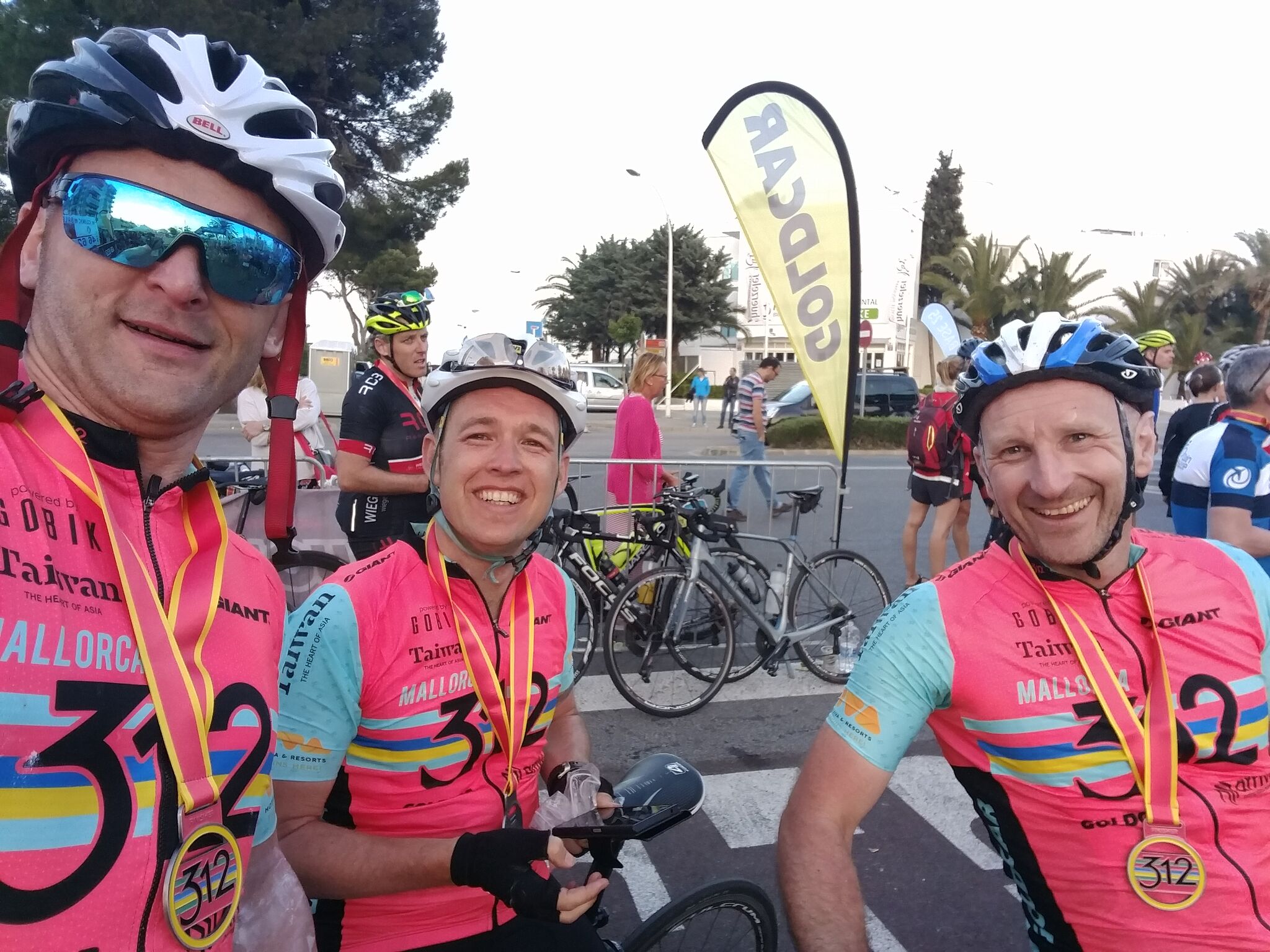 Exhausted and filled with joy

Why do I take on such challenges?

There are several reasons for this. A restless soul, a wish to keep my life in balance and an addiction to doing sports (that I picked up from my parents nearly 40 years ago,) are the first that come to mind. With time, the fields of sport I've been involved with have become more varied and diverse, (I'm a former pro alpine skier,) but the growth has mainly come in the sphere of endurance sports – long distance running, mountain-biking, inline-skating and for the last five years, triathlon. Alternating between different disciplines makes it harder to reach the top of any single sport, but as the training is more well-rounded, the chances of remaining physically healthy as a senior citizen are much higher.

This August, I'm planning to take part in my third full-length triathlon competition, IRONMAN Tallinn 2018. Also, as a part of Estonia 100 celebrations, I will be involved in a TV-show called "Svensk Klassiker." The idea of the show is to promote a healthy lifestyle among men. We are a small group of athletes preparing for a series of legendary endurance races in Sweden. The Svensk Klassiker consists of some of the longest, largest and oldest races in the world of cycling, swimming, running and skiing.

In order to take part in these long and exhaustive ultra-races, you have to be prepared. This means spending many years, consciously and consistently laying a foundation for when 'the day' comes. The organism as a whole – the heart, the cardiovascular system, the musculature – but also the spirit and the wallet, all need to get used to it. In large part, these are the same reasons why top athletes in endurance sports are relatively old – being at the top calls for prolonged and thorough preparation. One should not take part in these competitions overnight, nor with a short, intensive preparation. There is also no point in attempting it. The health risks, the suffering and the lack of positive emotion will smother the excitement one should be feeling. It's important to remember – when you train for endurance, the workouts need to be longer and lower in intensity. Even the best marathon runners train at a slow, aerobic pace about 90% of the time. At a pace that enables them to chat with another person without having to wheeze for air. Only about 10% of the workouts are dedicated to intensive, fast training. If your goal is to lose weight, then this is also done by moving at a slower pace for a longer period of time.

This article was written as part of the Erasmus+ Sport Project "Internationalization of the Sport Volunteers Movement SCULT.com", co-funded by the Erasmus+ programme of the European Union.